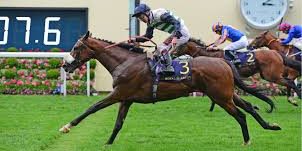 stayer DASHING WILLOUGHBY with their eyes set on the 2020 Melbourne Cup. A winner of both his
starts this term for Andrew Balding including the Group 3 Henry II Stakes over the Melbourne Cup
trip last time out – Go Bloodstock Australia is excited to join Andrew and Mick and Janice Mariscotti on
the journey to Flemington on the first Tuesday in November. 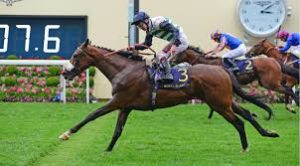 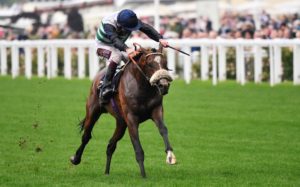 Steve O Connor from Go Bloodstock stated ‘Sir Owen is determined as ever for Go Bloodstock to
target the top races in Australia. Having placed in the Melbourne Cup previously with both
CRITERION and SECOND COMING – Sir Owen was the driving force behind selecting DASHING
WILLOUGHBY as a Cup contender this year and a horse to represent Go Bloodstock at the top level
for many years to come.’
‘We are very excited by DASHING WILLOUGHBY and would like to thank all agents, vets and anyone

who played a role in securing the horse with a special mention to long time friend Paul Moroney
who assisted in sourcing and securing the horse on our behalf with Armando Duarte Bloodstock.’
DASHING WILLOUGHBY is set to have his final UK start in the Group 2 Lonsdale Cup at York on
August 21 st before flying to Werribee in Australia where he is likely to race in both the Caulfield and
Melbourne Cups. 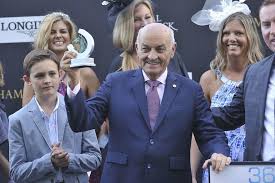