Dame Giselle claims the first running of the Golden Gift 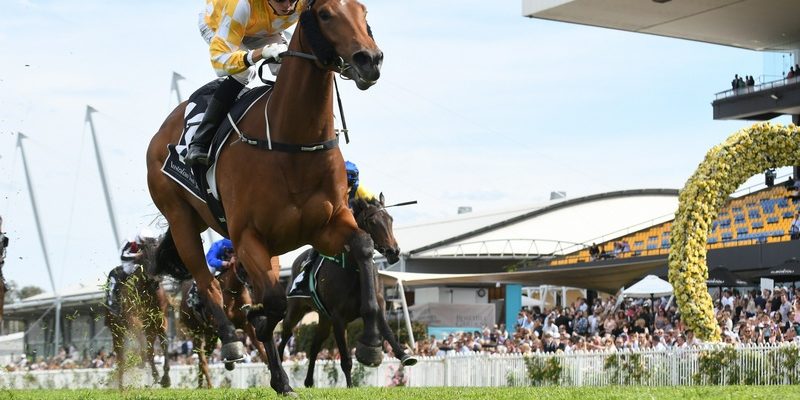 The familiar colours of Sir Owen Glenn earned a major chunk of the $1,000,000 prizemoney associated with the initial running of the Golden Gift (1100m) at Rosehill Gardens in Sydney, when seen sported by the first and third in the feature juvenile event in the form of Dame Giselle (by I Am Invincible) and Blaze A Trail (by Criterion) respectively.

Two of 14 starters in the newly created 2-year-old attraction of the Sydney spring racing period, the same set of colours looked to have the race won virtually every step of the way, Blaze A Trail racing prominently during the early stanza of the essay before Dame Giselle chimed in late in the straight to dominate the finish.

In a highly intriguing new feature to Sydney racing, the Golden Gift provided no shortage of side stories, but none more fascinating than the participation of Sir Owen Glenn’s two representatives.