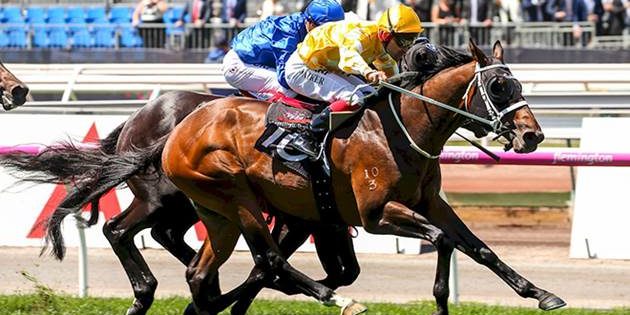 Comin’ Through finally made the step up to be a Group 1 winner when he helped provide newly-inducted Hall Of Fame trainer Chris Waller a quinella in the Doomben Cup in Brisbane.

Comin’ Through was marked by many as a future Group 1 horse after his Carbine Club Stakes win at Flemington 18 months ago and after some near misses, he finally broke through at the elite level when he held stablemate Egg Tart to land the prize in the $650,000 event.

Ridden by Michael Walker, Comin’ Through ($9) drew away with Egg Tart ($15) over the final 200m and proved a little too strong, with the Japanese galloper Ambitious ($9.50) in third place just ahead of the luckless Melbourne mare Abbey Marie.

Waller paid tribute to Comin’ Through’s owner for gelding the horse when it was obvious he was struggling to reach his best form on the track.